Blockchain technology promises to revolutionize practically every sector of the modern economy. In this post, we take a look at why everyone’s so excited about blockchain and what do all the wide applications of blockchain really boil down to.

To create a basic level understanding of what blockchain is capable of, let’s look at the 10 things blockchain can do

Blockchains are called so because they are blocks where data is stored in linear containers. These blocks form a chain, so the name blockchain.

Anyone can notice that you’ve placed data there, since it is semi-public and carries your signature. However, only you can unlock what’s there in the block (container). You can do so securely by using the private keys to that data block.

Instead, we expect developers to find ways to rewrite their applications that capitalize upon the strong points of blockchain’s state transition capabilities.

Firstly, blockchain is a semi-public and therefore distributed ledger. That makes it shareable across multiple entities without sacrificing security.

What’s more, the ledger is time-stamped. This makes every single transaction verifiable and traceable. All computers on the network can validate every single transaction. That becomes one of the key strengths of blockchain – it automatically prevents double-counting. As a result, the chances of both errors as well as fraudulent transactions are virtually zero.

This may appear to be the single most important application of blockchain but there are many more, equally powerful uses of blockchain. 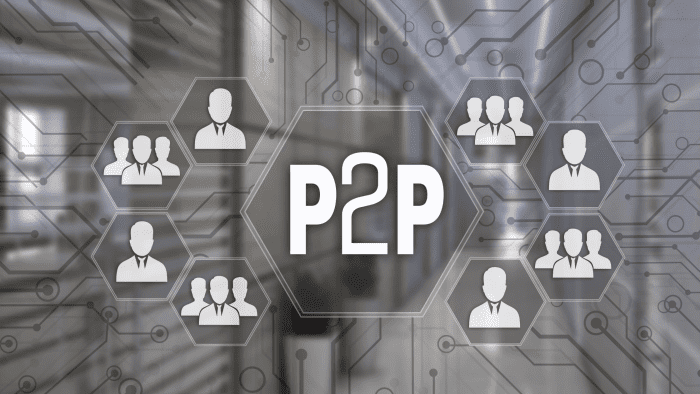 You would’ve noticed by now that being shareable, there’s nothing that is “central” about blockchain. It’s architectured in a way that there’s no central server that dictates transactions – it remains a peer-to-peer network over nodes. Your computer, if a part of the network, can verify transactions happening over the network. You could call it thin computing in its best decentralized format.

Because of this, users can reach out to other users and transact with each other instantly, irrespective of geographical or time-zone differences. There are no intermediaries like a main server to filter or slow down the transaction. Hence, the transaction happens without delay. All nodes on the network have equal importance and can offer their knowledge of all transactions over the network.

This goes beyond just being a peer-to-peer network and creates a marketplace for users, a distributed economy. The size of such marketplaces varies greatly in size without compromising the integrity of blockchain. 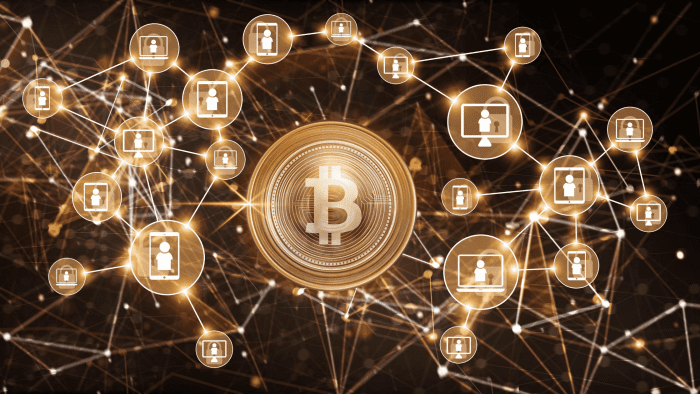 Without doubt, cryptocurrencies (aka token) are the most popularly known application of blockchain. Famous examples of cryptocurrency include Bitcoin (BTC), Ethereum (ETH) and Ripple.

Basically, cryptocurrency is an economic proxy of the operations and security of blockchain, a cryptographically encrypted currency. Cryptocurrencies follow a set of protocols and are not dependent on a single government body, entity or authority. They have an open source code, which means anyone can available for everyone to use or modify.

Cryptocurrencies, like other currencies, can have a compensatory as well as production role. Miners who mine out cryptocurrencies and successfully validate blockchain transactions can be awarded the currency. Additionally, there is a consumption role, where you pay a small fee for running smart, blockchain-backed contracts (using Ethereum), an equivalent of transaction fee (with Bitcoin or Ripple). These costs and compensations are placed so as to prevent abuse of the blockchain system. In a larger, more advanced case, tokens may be used simply for internal value, asin DOAs (Distributed Autonomous Organizations).

Technically, it’s a currency and therefore can be traded over currency exchanges, pretty much the same way you trade Euros and Dollars. You can also buy goods and pay for services, with the help of Bitcoins. Such transactions are smooth and secure within the blockchain network.

Of course, when it crosses over and has to interact with traditional, real-world currency, there’s a chance of friction and delay.

Like any other asset, one can invest and transact in cryptocurrencies. As a result, it is susceptible to volatility and hence keeps away a large number of potential investors. The volatility originates from the genuine uncertainty. It is hoped that as it gains more acceptance and more understanding develops, the uncertainty will drop considerably. That would make cryptocurrency more stable in the long run.

Technologies with open source software are not just transparent. They have the benefit of huge improvements by way of collaborations that add massive, valuable features on the top of the core software. That way, users keep tinkering and adding value to the core.

A good case is Bitcoin. Its core protocol is fully open source. From the time Satoshi Nakamoto was inspired by Nick Szabo, it was clear that open source was the way to go. Since its inception, Bitcoin is being maintained by a collaborative group of “core developers”. Their work is continually complemented by contribution from thousands of independent developers the world around. These independent developers constantly come up with complementary products, services and applications that benefit from the Bitcoin protocol and its robust nature. Eventually, we can see an extremely strong ecosystem being built around Bitcoin. Essentially, it’s the open source nature that has led to the level of excellence that Bitcoin is.

6. A marketplace for financial services

Cryptocurrency is ultimately a form of money – it’s just that it happens to be based on a relatively new technology, i.e. blockchain.

Because it’s treated as money, one can easily build investment, loan and insurance web aggregator software platforms where transactions can be done using Cryptocurrencies. Thus Cryptocurrencies can become a part of a financial instrument, which would lead to a variety of financial products, both traditional and new-age. That is the innovative power of blockchain.

Loans, investments, trading with options and derivatives and even synthetic instruments can have their blockchain versions. Exchange Traded Funds (ETFs) are one of the many ways.

7. A platform for software development 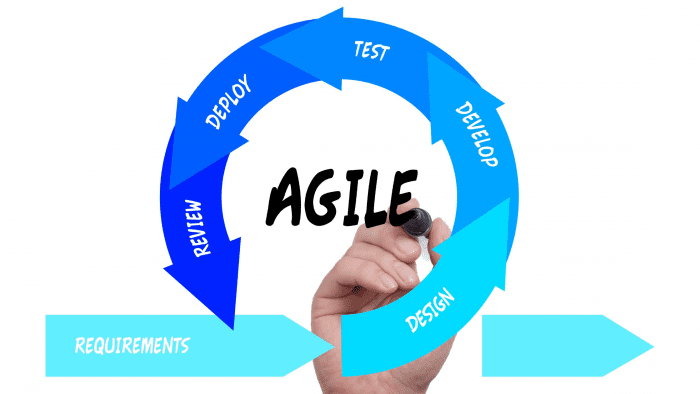 Blockchain brings an unprecedented level of trust and openness in everything that uses blockchain. However, at its very basic level, blockchain is software technology, just on a novel frontier.

It excites developers because blockchain offers new tools, new possibilities. With blockchain, they can look forward to building newer applications that both cryptographically secure and fully decentralized. In essence, blockchain can help software and web development usher in a completely new type of application that has never come up earlier.

Besides, blockchain can be used to create newer APIs. This includes transaction scripting language, a peer-to-peer nodes communication API, a client API to validate transactions, data APIs… the list is almost endless. 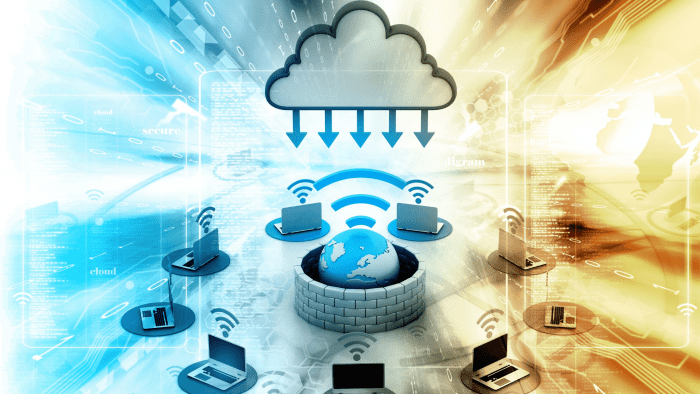 While blockchain is a software technology, it can also be thought of as a design approach for software, an approach that attaches a large number of computers to one another and requires them to follow a certain ‘code of conduct’ on how to share or accept information. This ‘code of conduct’ will tell them how to validate interactions and transactions verified by cryptography.

It sounds so natural because that’s what blockchain actually is – networked computers with equal value and following a common set of rules. The important part here is that developers will no longer need to set up servers since all computers in the network have equal rights.

For a perspective, you can compare the Web. In the Web, the HTTP protocol request is forwarded to the server and the server approves or disapproves it. That’s because it enjoys server rights. In the case of blockchain, the same request will be sent to the entire blockchain network.

9. A Platform for Transactions

Anyone reading this post would be clear that the blockchain network basically validates transactions. They could be related to digital money or digital assets. When the network reaches a consensus, the transaction is considered valid. It’s then put into a block (a storage space). This block is added at the end of the chain of previous transactions (if any) to indicate this is the latest block. The entire chain of blocks can be verified at any point of time in future to validate any transaction stored in any block.

So blockchain is a giant transaction processing platform, one that verifies and approves legit transactions, no matter what size the transaction is.

A good way to compare various transaction processing networks is the processing capability, measured in transactions per second (TPS). In 2015, VISA clocked an average of 2,000 TPS on VisaNet, the peak capacity being 56,000 TPS. The same year, PayPal recorded about 155 TPS.

Bitcoin, even a year later, wasn’t impressive. Its TPS ranged around a tiny 5 to 7. But that’s not disappointing.

Rapid strides in technology and expected increase in Bitcoin blocks would quickly change this picture. Besides, many blockchains are faster than Bitcoins. Ethereum started with just 10 TPS in 2015, but advanced to 50-100 TPS in 2017 and is targeting 250,000 to 300,000 TPS by 2021.

The core benefit of blockchain is trust as the basic unit of service. It’s a function, a delivered service.

However, trust isn’t restricted to transactions only. Trust is built in data, services, processes, agreements, objects, business processes and logic and so on. In fact, anything that can be boiled down to digitization and carries an inherent value can benefit from blockchain. Banks are already exploring cross-border transactions where blockchain can add huge value.

This is a list of the 10 applications of blockchain technology. It’s not difficult to see there will be many more that you can add to the list. So which other applications would you like to add to this list?

Fri Aug 28 , 2020
The MarketWatch News Department was not involved in the creation of this content. Aug 17, 2020 (WiredRelease via Comtex) — Industrial-Internet-of-Things (IoT) Market Overview: This research report primarily based on ‘Industrial-Internet-of-Things (IoT) market’ and covers Market Study Report includes current and upcoming industry trends further to the global spectrum of […]