I used to cringe the minute my parents would start a sentence with “back in my day.” But then, a while back, Reddit user u/OlexC12 asked people to share memories from the early days of the internet that younger generations may not know, and I instantly transformed into that lady from Titanic.

Deep dive into the old days of the “World Wide Web,” and prepare to feel extremely out of touch. If you’re part of Gen Z — get ready to be like, “What the hell are these people talking about?”

1.“‘Under Construction’ banners, images, and gifs. They were on every page; the page was always ‘under construction.’ You’d put one there while you were writing the HTML, then take it out when the final version was done, but way too many people never bothered with that step.”

2.“The fact that we used to literally tell our friends ‘BRB’ on MSN [Messenger] when we had to go to the bathroom, and now I don’t get back to my friend’s texts for days (if not weeks) and am like, ‘Oh, sorry, just seeing this now. 🙃”

3.“The sound of a door opening or closing to signify your friends getting on or offline. [AOL Instant Messenger] AIM was like a bar. Your ‘Friends List’ was tiny by today’s standards — just a handful of friends you knew in real life. One would log in, and you’d be excited to chat with each other. Just by the nature of AIM, you could count on the other person being in front of their computer and ready to engage in active conversation — otherwise, they wouldn’t have logged in. Conversations were rapid fire and natural as a result.”

4.“Brands having child-friendly sites that had flash games and no monetization beyond being an ad. I played Nabisco Mini Golf A LOT.”

6.“The need to set a good ‘away message’ on AIM since it may be up for over a day before you can get back on.”

7.“Gmail invites. Everyone in my office was crazy to get an invite. When I finally got one and registered, I had invites to give and was king for a day!”

8.“You had to put yourself into a mindset of how you would go about finding things on the internet in the days before popular search engines like Google or social media. The discovery of content was due to word of mouth, ISPs, their services, or finding links from other sites you knew about.

“I remember a lot of fan pages/fan sites for different things would all have sections of affiliate links to other similar fan pages and sites in a mutual effort to help people discover other similar content.”

9.“Had a question? You asked Jeeves. Wikipedia was never to be used as a trusted source of information. I’m 31, and in grade 5 or 6, they taught me how to use the search function of search engines, i.e. use quotes around groups of words to ONLY search for those specific groups of words.”

12.“Downloading stuff: Phone rings, and someone answers it. Download screws up, and everything is ruined.”

13.“My sister and I downloaded the teaser trailer to Toy Story on our 14.4kbps modem via Prodigy. I remember we had it going all day long and yelled at my parents not to pick up the phone. When it finished, we watched it on RealPlayer, and it was, like, 12 seconds long and blurry AF. But it was so glorious.”

17.“Downloading a song from Limewire and then going to listen to it, and then you hear, ‘I did not have sexual relations with that woman.'”

20.“Going on MapQuest and printing out the directions. Then, depending on your age, your parent yelling at you because you weren’t paying attention and missed the stop. There was no ‘rerouting’ back then.”

21.“I learned HTML and basic ass CSS on Neopets and would customize my MySpace — my favorite customization was a little emo cartoon person in three segments that took you to photos, bio, and message if you could figure out where to click. It was the height of my ‘coding’ ability.”

25.“You had to use the home phone line to be online — using a dial-up modem. [This] meant you could talk on the phone or be on the internet, but not both. If you were a fancy, rich person, maybe you had a second phone line just for the internet, but that was rare. And this was way before cell phones when landline phones were much more important.”

26.“Not gonna lie, if you kids saw what we could do to our MySpace pages back in the day, you’d flip your shit.

“[We had] custom backgrounds and musical playlists on our page. And don’t forget the feature that no other social media has dared to attempt due to the absolute wars this started: The Top 8. Those of you who were there with me in the early aughts know exactly the kind of drama I’m talking about.”

28.“Forums. People on Reddit right now seem to think they’re being persecuted if they get warned or banned from a subreddit.

“Back in the day, you had individual forums. And if you wanted to stay there, you did what the owner’s rules said. Because nobody gave a shit if you thought you were unfairly banned. And it was difficult to find alternative forums, so you had to deal with it.”

29.“Back in my day, we had one meme, and it was of a man’s horribly gaped asshole, and we were grateful to have it!”

“And when we got the second one, it was of a woman shitting in a tub. And the third one was NOT about lemons having a party.”

30.“Going to ‘Amazon.com’ to buy books and CDs because that’s all they sold at the time.”

31.“Using a download manager to download a 600MB file but having to do so by starting it right before going to bed and pausing when waking up, so the landline was free for calls during the day. At a rate of 2kb/s on AOL, this took 1-2 weeks to download something that would take just a few seconds today.”

32.“Cellphones technically could connect to the internet, but you’d use a tiny LCD screen and keys on your phone to browse. It was usually stupidly expensive, too.”

33.“It was mostly adults and the super intelligent kids [on the internet], so the quality of conversation in any topic you enjoyed was of a far superior quality than today. Today, every teenager wants to participate and tries to be all edgy, snarky, emo, or whatever else they try to be to get attention. Also, back then, people who were [found] out to be what we call ‘edgelords’ today got thrown out, and they stayed out.”

Tell the truth. Do you remember the old days of the internet? Or did you leave that dial-up trash in the past? Let me know your favorite interweb memory in the comments.

Wed Aug 10 , 2022
Credit: University of Texas at Austin Computers that think more like human brains are inching closer to mainstream adoption. But many unanswered questions remain. Among the most pressing, what types of materials can serve as the best building blocks to unlock the potential of this new style of computing. For […] 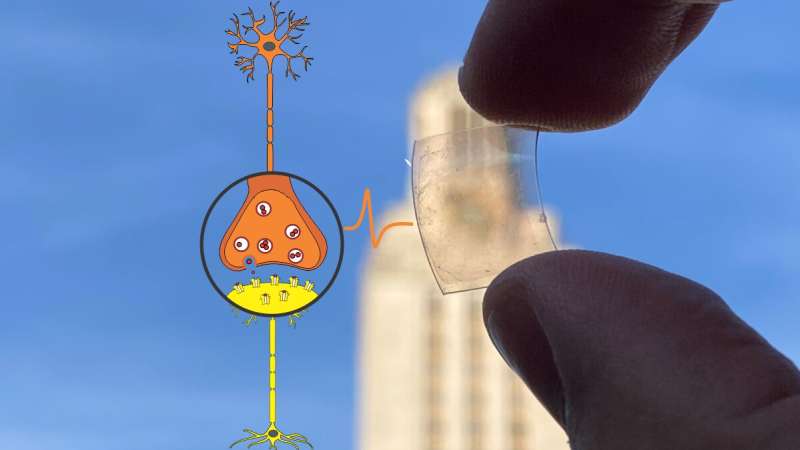