WASHINGTON, Aug. 6, 2020 /PRNewswire/ — In a significant advance in the development of Artificial General Intelligence (AGI), the Brain Simulator II neural simulator successfully tested one billion neurons on a desktop computer comprised completely of off-the-shelf components. From a performance perspective, the system processed three billion synapses per second. Brain Simulator II is an open-source software platform for proving the evolution of artificial intelligence (AI) to AGI.

Seen as another step toward creating brain-level functionality on computers, the spiking neural models used by the Brain Simulator II are more like biological neurons than traditional AI models and contribute immensely to the efficiency of the program. The computer used for this achievement included an AMD Ryzen Threadripper 3990X CPU running at 2.9Ghz (not overclocked) and 128 Gigabytes of RAM.

Energy analysis of the neocortex (the higher-level thinking part of the brain) shows that neurons spike on average, only once every six seconds. This means that its 16 billion neurons generate only 2.5 billion spikes per second in total. The Brain Simulator’s spiking neural model only processes neurons which spike in a specific time interval, rather than processing all of them, and so can be thousands of times faster than traditional artificial neural networks.

“This machine exceeds the processing performance of the human neocortex,” says Charles Simon, CEO of FutureAI, and principal author of the Brain Simulator II. “The CPU alone contains nearly 40 billion transistors and each transistor is nearly a billion times faster than each of the neocortex’s 16 billion neurons.”

The number of synapses (which connect signals between neurons) is the key to estimating relative performance. While the human brain has thousands of synapses for each neuron, most are either redundant or “synapses-in-waiting”—synapses which could represent memories should the need arise. These extraneous synapses are not necessary to the simulation. Depending on the number of synapses used for the estimate, the current simulation ranges from being more capable than the neocortex to perhaps a hundred times slower (easily overcome with a few racks of servers).

Although less efficient traditional AI approaches will still need huge computational resources, spiking neural models open the door to a new era of AGI development. The Brain Simulator II was developed to address problems fundamental to all of AI—problems any three-year-old can solve but no AI can. This includes comprehension that objects exist in a physical reality, knowing the basic physics that objects fall down, not up, round ones roll but square ones don’t, and understanding the passage of time that blocks must be stacked before the stack can be knocked down.

By eliminating the limitation of computer power, research in new AGI directions will proceed much faster with AGI expected by the end of the decade.

Thu Aug 20 , 2020
Finding energy-saving programs can involve visiting multiple websites and be frustrating for consumers. Now consolidated in one central, online location, these programs can be accessed through the Energy Saver Tool on EnergySaver.SC.GOV. The tool offers an easy way for the public to answer a few simple questions and find energy-saving […] 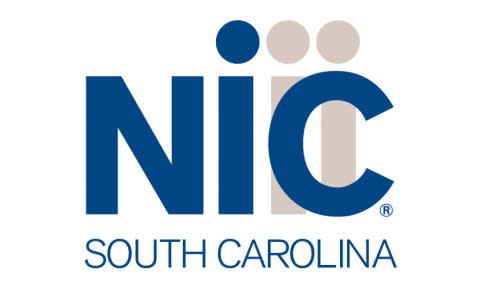