The Internet of Things goes far beyond consumer devices. Dexcom (NASDAQ:DXCM) is focused on diabetes management, specifically medical devices for continuous glucose monitoring. The company’s G6 system includes an auto-applicator, a sensor and transmitter, and a touchscreen receiver displaying real-time glucose data. Compatible smartphones and smartwatches can also be used to display data.

The number of people in the U.S. with diagnosed diabetes grew from 1.58 million in 1958 to 23.35 million in 2015, according to data from the Centers for Disease Control. Dexcom estimates that market penetration for continuous glucose monitoring for people on intensive insulin therapy is 35% to 40% for type 1 diabetes and just 15% for type 2 diabetes.

The combination of growing rates of diabetes and the transition to continuous glucose monitoring will give Dexcom plenty of growth opportunities in the coming years. In 2019, Dexcom’s revenue grew 43% to $1.48 billion.

The pandemic has been a mixed bag for Dexcom. The company has benefited from the shift to telemedicine, but it also expects a negative impact on the acquisition of new patients. Dexcom pulled its guidance in April to reflect this uncertainty.

People with underlying medical conditions, including type 2 diabetes, are at higher risk of developing severe cases of COVID-19. While the pandemic may throw a wrench into Dexcom’s near-term growth, it could also prompt more people to turn to continuous glucose monitoring in the long run.

Dexcom is an expensive stock relative to its revenue, which is valued at more than $35 billion. But for those willing to take on some risk to gain exposure to both IoT and healthcare, it’s a stock to consider.

Impinj (NASDAQ:PI) is the smallest stock on this list, valued well below $1 billion. The company specializes in solutions involving radio-frequency identification, or RFID. Impinj’s RFID tags are used by retailers, manufacturers, and logistics companies to track inventory and assets.

The market for RFID products, including tags, readers, software, and services, was worth $11 billion in 2018, according to IDTechEx, and it’s expected to grow to $13.4 billion by 2022. Apparel retail is so far one of the biggest markets by volume for RFID technology, with around 8 billion RFID labels used in 2018 to tag apparel items.

Apparel retailers were hit hard by the pandemic, with many stores forced to close their doors during stay-at-home orders. Going forward, an aversion to visiting stores and lower spending on apparel could drive some apparel retailers out of business.

This is obviously a problem for Impinj, and it will hurt the company’s results. But Impinj still has some growth opportunities created by the shift to e-commerce. While most of the company’s end markets were not looking great in April, bright spots included omnichannel retail, supply chain, and logistics.

Impinj estimates that just 0.1% of connectable items are connected today. In the long run, trillions of consumable objects, ranging from food packaging to tires, could be tracked using RFID technology. Each RFID endpoint costs just pennies, making the technology economical for a wide array of use cases.

Impinj is a small company, with just $152.8 of revenue in 2019. It has shipped over 30 billion RFID endpoints over its lifetime, and that number could rise substantially in the coming years. Impinj is far from a sure thing as an investment, but it’s a company to watch in the IoT space.

If picking individual stocks isn’t your thing, you can still gain exposure to IoT by investing in the Global X Internet of Things (NASDAQ:SNSR) exchange-traded fund. This ETF holds positions in dozens of IoT-related companies; Dexcom represents its largest holding. Others include semiconductor companies that make chips for IoT devices, companies that make the devices themselves, and tech giants such as Cisco and IBM (NYSE:IBM).

Using this ETF to invest in IoT gives you some exposure to riskier stocks that could soar in the coming years while providing enough diversification to protect you if any one stock turns out to be a dud. Diversification may be especially important given the risks posed by the pandemic.

US Postal Service head: Mail-in ballots 'will arrive in time'

Fri Sep 11 , 2020
Image copyright Getty Images Image caption Mr DeJoy testified to Congress about delays in delivery The head of the US Postal Service has said the agency is “fully capable and committed” to handling the nation’s mail-in votes for November’s election. Postmaster General Louis DeJoy told lawmakers that postal votes would […] 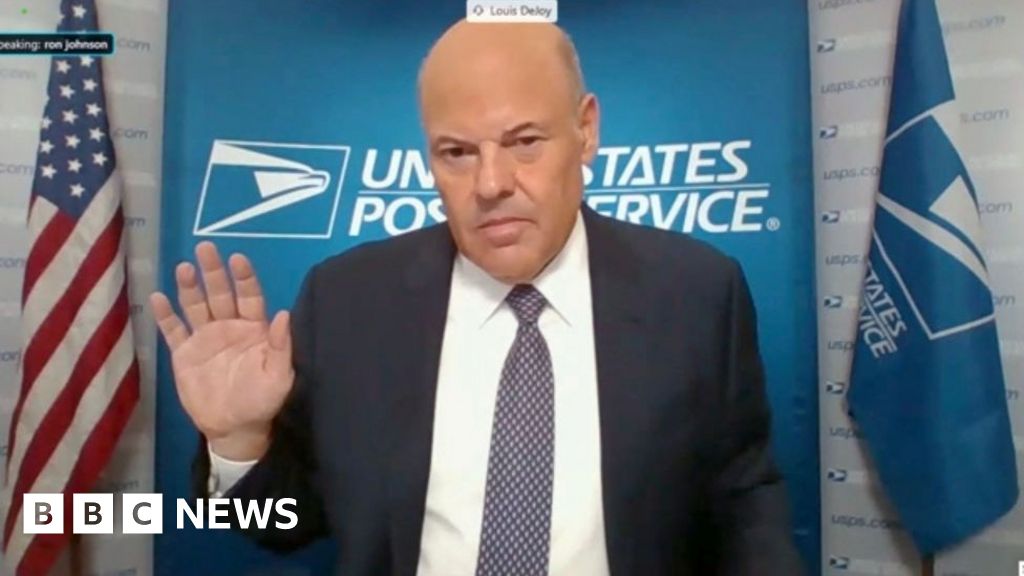