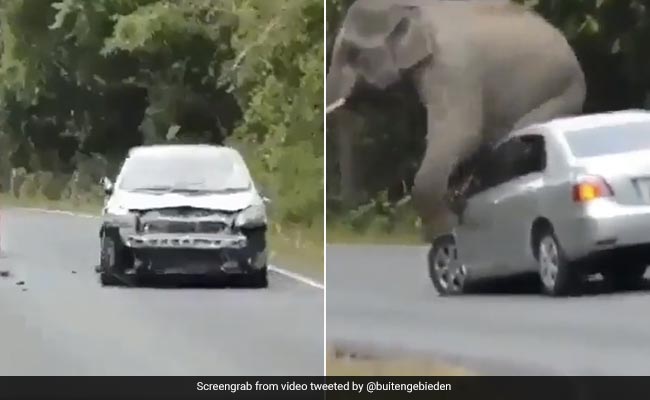 The location where this incident took place is yet to be known.

A terrifying yet hilarious video showing a wild elephant rubbing its body on a car in the middle of the road has gone viral on the internet. The clip was shared by Buitengebieden on Twitter on Tuesday and since it has accumulated over 2.3 million views and more than 46,000 likes.

“What do you do when you’re itchy and you’re an elephant?” the caption of the post read.

Watch the video below:

What do you do when you’re itchy and you’re an elephant? 😂 pic.twitter.com/fYUMYdlO5z

In the clip, the wild elephant is seen coming out on the road passing through a forest. Seconds later, the giant tusker is then seen rubbing itself against the vehicle.

At first, it tries to climb on the tire of the car with one foot. After that, he attempts to sit on the four-wheeler’s bonnet. The tusker even climbs onto the car and descends while breaking the front as well as the side view mirror of the vehicle. The destruction caused to the car by the giant elephant is seen towards the end of the video.

Since shared, the clip has left internet users in splits. One user jokingly wrote, “I’m imagining explaining this to the insurance company.” Another said, “How could anyone not believe that an elephant scratched it’s butt on their car? Lol.”

A third commented, “I would at the same time be terrified and break a rib trying not to laugh,” while a fourth hilariously added, “The elephant is using the car as a toilet paper”.

The location where this incident took place is yet to be known.

Meanwhile, earlier another video of elephants strolling inside a hospital surfaced online. Indian Forest Service (IFS) officer Susanta Nanda tweeted a close-up shot of two wild elephants having an adventure inside the Binnaguri army camp hospital. A video of one of the tuskers coming through a door and squeezing its big body into the corridor was also shared on Twitter by BJP Vice President Dilip Ghosh’s office.

Sun Sep 11 , 2022
IHG app and website functionality have slowly come back after more than a 48-hour outage due to unauthorized third-party access to their systems (hack). The website and app went down at 9 AM ET on Sunday, and they were briefly back online between 11 AM and 1 PM ET on […] 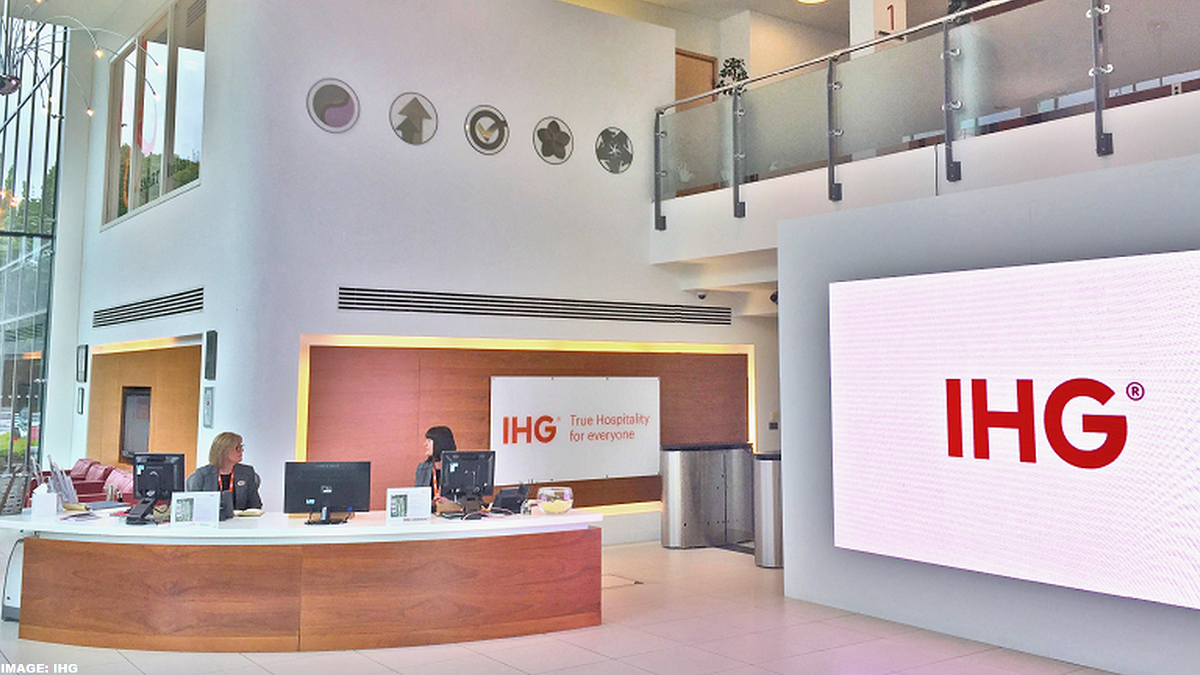