About 80% of Colorado households eligible for $30 to $75 a month to pay for internet service don’t seem to want the free benefit.

Or perhaps, they just don’t know about it.

That’s why Geoffrey Starks, a commissioner with the U.S. Federal Communications Commission, dropped by A.B. Hirschfeld Towers in Denver on Wednesday. He wanted to see if he could pique anyone’s interest in the federal Affordable Connectivity Program. The $14.2 billion program provides $30 for households — and $75 a month for tribal households — and also offers $100 to pay for internet devices.

“A quote I’d like to talk about comes from William Gibson. He’s a science fiction writer who said, ‘The future is already here. It’s just not evenly distributed,’” Starks said during a news conference. “And that is absolutely true. There are households out there that we are working hard to make sure they get 5G and gigabit speeds. But there are too many millions of Americans who still don’t have fundamental basic internet.”

In Colorado, about 761,000 households are eligible for the program, based on folks already participating in federal programs such as free and reduced school lunch, Pell Grants, Lifeline, Medicaid and Section 8 housing assistance. As of Aug. 15, 154,703 Colorado households were enrolled, according to the Universal Service Administrative Company. That’s 20.3% of eligible households.

Nationwide, the numbers are higher. About 13 million, or 27% of 48 million eligible households have enrolled in the program, which can be done online, by mail or through a participating local internet provider. ACP is the spin-off of the pandemic’s Emergency Broadband Benefit, which provided $50 a month and had meager participation in Colorado and ended on Dec. 31.

Starks said some issues have been addressed. One notable one was the lack of funding to promote the program. Earlier this month, the FCC launched “Your Home, Your Internet,” a one-year pilot program to provide $5 million in grants to local community organizations and partners to help residents already living in federally subsidized housing enroll in ACP. To date, only 10% of those residents have — or about 500,000 out of 48 million households.

“That number has got to change. It’s got to come up. That’s why I’m here today, letting you all know we need to increase awareness,” Starks said.

Another issue was that people who are eligible are confused about whether they actually are. Starks spelled it out: If you’re on any type of federal assistance, you’re eligible.

The FCC is also working specifically with the U.S. Department of Housing and Urban Development to streamline enrollment for Section 8 households through a data sharing and computer matching agreement. An additional $5 million in grants is dedicated to improve that 10% enrollment for residents in federal housing.

Residents of Hirschfeld Towers happen to live in one of the Denver Housing Authority properties that already offers free or discounted internet service to residents. Through partnerships with Starry Internet, Comcast, PCs for People and Live Wire Networks, the apartments provide internet for about $10 a month.

But a concern that resident Miguel Lopez had about ACP was what happens when the money runs out?

“There are a lot who do know about it but don’t access it, it’s because they’re unfamiliar with supposedly hidden fees and hidden costs or even just the end of it,” Lopez said. “Why get used to something that’s going to get taken away from you?”

Starks assured residents at the meeting that there’s enough money in the $14 billion program to “last for a number of years,” though it would take an act of Congress to extend the program and provide funding.

“You are not going to get charged the minute the $14.2 billion ends. There’s going to be a lot of notice,” Starks said. “And by the way, as soon as we understand that the number is starting to draw down, I can assure you that I’m going to be in front of Congress along with many other colleagues to make sure we get reauthorized and reappropriated. But what I don’t want people to miss here today is that today is your day to get enrolled.”

Many internet providers already offer some sort of discounted program to low-income households. In May, the White House announced that 20 major companies that cover 80% of America had agreed to provide 100-megabit service for less than $30 a month to help make the service free with the ACP subsidy.

The cable and internet provider is working with the state on its digital navigator program, which is intended to not just get internet access to those who need it or can’t afford it, but help them understand how to better use the internet. Comcast also is providing $1.1 million in cash and in-kind support to the state and community organizations for their digital equity initiatives.

“When it comes to broadband at home, availability and affordability are only part of the story. Recent studies show digital navigators are critical to getting more people connected by understanding the importance of having reliable, secure home Internet — and how to safely use it,” said Comcast spokeswoman Leslie Oliver in an email. “FCC Commissioner Starks underscored the need to raise awareness by partnering with governments, community organizations and businesses to help connect more Coloradans across the state and make transformative change happen.”

Colorado officials are also working on a statewide plan to address internet access with a goal to get 99% of the state connected to broadband by 2027, said Dianne Primavera, Colorado’s lieutenant governor.

“High-speed internet is no longer a luxury, it’s a necessity,” she said.

How to apply for Affordable Connectivity Program:

We believe vital information needs to be seen by the people impacted, whether it’s a public health crisis, investigative reporting or keeping lawmakers accountable. This reporting depends on support from readers like you.

Changing the Face of STEM

Sat Aug 20 , 2022
Dr. Carlotta A. BerryDr. Carlotta A. Berry says she’s a unicorn, at least in terms of the work she does. She says STEM academia Black people are rare. “We are such unicorns and there are so few of us,” says Berry, a professor of electrical and computer engineering at the […] 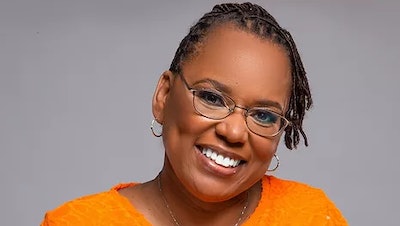