The current Jeep Wrangler is larger, more powerful and far more civilized than the original 1945 CJ (Civilian Jeep) that spawned it, but rarely has it veered from its single-minded purpose of providing maximum off-road capability with a traditional powertrain.

The new 2021 Wrangler 4xe Plug-In Hybrid is the first real attempt to incorporate modern electrification technology into the storied platform without altering the core tenets that define the Wrangler: four-wheel drive, short-overhangs, high ground clearance and a robust driveline.

Jeep knew a half-hearted attempt at a Wrangler hybrid would alienate the faithful and tarnish its legacy, so the Wrangler 4xe comes in hard. It retains the solid front and rear axles, a ladder frame and a two-speed, full-time transfer case. Its approach and departure angles also are similar to those of the traditional Wrangler.

Three trims of the Jeep Wrangler 4xe will be available at launch: 4xe, Sahara 4xe and Rubicon 4xe. The 4xe and Wrangler Sahara 4xe models are equipped with set it and forget it full-time 4×4 systems and a Selec-Trac two-speed transfer case with a 2.72:1 low-range gear ratio. A Trac-Lok limited-slip rear differential is available.

The Rubicon 4xe models are, unsurprisingly,
aimed at true off-road enthusiasts. As such, they include the full-time 4×4 Rock-Trac
4×4 system that consists of a two-speed transfer case with a 4:1 low-range gear
ratio and Tru-Lok electric front- and rear-axle lockers. Combined, they factor out
to a crawl ratio of 77.2:1, right in line with the standard Rubicon.

The battery pack is mounted below the second-row seating in a rugged, waterproof, cooled and heated aluminum housing that gives the Wrangler 4xe Rubicon the same 10.8-inches of ground clearance and 30 inches of maximum water fording capability as the traditional Rubicon. The Rubicon 4xe also has standard skid plates, front and rear tow hooks, 17-inch off-road wheels and 33-inch tires. The Wrangler and Sahara 4xe have 20-inch wheels. All three trims wear Jeep’s trail-rated badge. In terms of capability, the Wrangler 4xe compromises very little for its ability to go hybrid.

Unlike gasoline engines that need to build rpm to access peak torque, electric motors output maximum torque from a standstill, helping to minimize driveline shock loading and maximize control and speed. This is of particular importance when crawling through and over low-speed terrain such as boulder-strewn pathways and ascents.

Off-roading in the silence of EV mode will surely be a new sensation to many seasoned enthusiasts. Jeep is claiming a zero-to-60 time of six seconds flat, a tad quicker than many outlets have recorded with the standard V6 Wrangler, despite the approximate 500-pound weight penalty incurred by the hybrid hardware.

The Wrangler 4xe’s E Selec drive modes control management of the its flexible hybrid powertrain. Accessed via buttons on the instrument panel, three settings are offered: Electric, eSave and Hybrid, its default mode.

Electric mode keeps the vehicle running on battery power only. It will access the gas engine if the driver summons full vehicle power with a foot-to-the-floor throttle. The eSave mode favors propulsion from the gas engine to save the battery charge for later use. This is ideal for traveling to an urban center or private community with strict regulations or prohibitions on the operation of internal-combustion vehicles.

Hybrid uses battery energy first, then blends in the output from the gasoline engine as needed when the battery nears depletion. Regardless of the mode selected, the Wrangler 4xe will default to hybrid mode once the battery nears its minimum state of charge.

Plug-in charging is achieved through a port mounted on the front left cowl. Jeep claims charge times of 10 to 12 hours on a standard 110-volt home outlet or just over 2 hours when connected to a level 2 charger. The battery pack is warranted for the life of the vehicle.

4xe
Hybrid Powertrain: By The Numbers

The turbocharged 2.0-liter four-cylinder gasoline
engine is rated at 270 horsepower and 295 pound-feet of torque, numbers that
would have been impressive on their own not too long ago.

But the 4xe doubles down on output with a pair of electric motors. At the front of the engine is a liquid-cooled motor/generator that replaces the traditional alternator and starter. Rated at 44 horsepower, it connects to the engine’s crankshaft via a rugged belt to provide power for starting the vehicle, including start/stop operation, and generates energy for the hybrid battery back under regular operation. (Though there is no 12-volt starter, there is a standard 12-volt battery used to run accessories.)

The second electric motor resides between the
back of the engine and the front of the eight-speed automatic transmission, filling
the void where a traditional torque convertor would be in a standard setup. Rated
at 134 horsepower and 181 pound-feet of torque, it operates with the aid of a
pair of clutches that manage power and torque from the engine and motor.

Electric-only mode is made possible by the front
clutch (on/off); when it is open, the gasoline engine is disconnected, and the vehicle
relies solely on the electric motor for propulsion. When closed, the output from
the engine and motor both drive the transmission, the variable second clutch
working with the transmission to maximize efficiency provide smooth response.

The battery pack is a 400-volt, 17-kWh, 96-cell lithium-ion unit that utilizes nickel manganese cobalt (NMC) graphite chemistry. To help reduce the size of the system hardware, the hybrid system uses an Integrated Dual Charging Module (ICDM), which combines a battery charger and a DC/DC converter in a single unit. A next-generation Power Inverter Module (PIM) also is size optimized, and both units, along with every piece of the hybrid hardware, including the electric motors and wiring, is weather sealed. The total output from the hybrid powertrain is 375 horsepower and 475 pound-feet of torque.

When Will the Jeep Wrangler 4xe go on Sale?

Look for availability of the Jeep Wrangler 4xe to spool up in early 2021. Built at Jeep’s Toledo, Ohio, facility, the introduction of the Wrangler 4xe in Europe and China will follow a similar timeline. (The Jeep Renegade 4xe and Compass 4xe models began trickling into Europe this summer.) Pricing has not been announced, but we expect the Wrangler 4xe to command a premium of at least $4000 over the standard Wrangler, although state and federal tax credits (availability varies) will likely offset the increased cost.

Sun Sep 13 , 2020
LOS ANGELES (AP) — Arnold Spielberg, father of filmmaker Steven Spielberg and an innovating engineer whose work helped make the personal computer possible, has died at 103 years old. Spielberg died of natural causes while surrounded by his family in Los Angeles on Tuesday, according to a statement from his […] 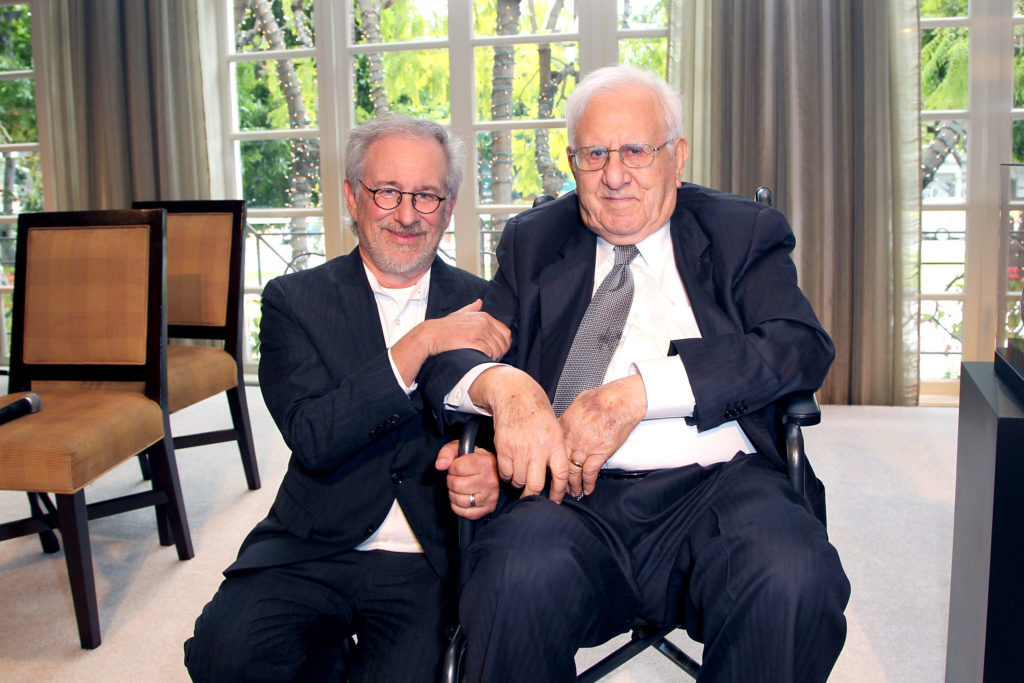