The Trump Administration is proposing to dramatically roll back some legal protections for internet companies including Facebook and Twitter.


The Department of Justice has proposed that Congress amend part of a 1996 law that gives internet platforms broad immunity from civil lawsuits. Known as Section 230, the law exempts internet companies that host content created by others from claims of liability, even if they exercise some control over what users can post.

Section 230 is broadly responsible for the shape of the internet as it exists today, say tech experts, because it allowed companies to set rules for what users could and couldn’t post without being liable for all of the content. It paved the way for the growth of sites like Facebook, Twitter and Reddit.

Under Attorney General Bill Barr’s proposal, platforms would lose their legal immunity if they knowingly abet criminal activity and if they facilitate child sexual abuse, terrorism or cyberstalking. The law already allows the Justice Department to charge tech companies criminally. Platforms would also have to provide an explanation when they moderate content and offer users a “meaningful opportunity to respond” when content is moderated.

Tech in the crosshairs

The White House has long sought to curb tech companies’ power. President Donald Trump issued an executive order in May seeking to revoke platforms’ immunity, claiming they were biased against conservatives, and the Justice Department recommended an overhaul in June. Congress has also considered many proposals to amend the law.

But the Justice Department’s rewrite of Section 230 goes much further than anything in consideration in Congress, said Eric Goldman, a professor at the Santa Clara University School of Law and co-director of the High Tech Law Institute at the school.

“The DOJ proposal is far more malicious toward the current internet than any other proposal that’s been proposed. It goes further, and cuts deeper, than any other reasonable proposal could be expected to do,” he said.

Goldman also called the proposal, which he said has no chance of moving forward in Congress, as a political move. “I don’t look at the Section 230 proposals as serious proposals. I look at them as an extension of the messaging Trump send to supporters.”

The Internet Association, whose more than 40 members include Amazon, Facebook, Google, Reddit and Twitter, warned that the Justice Department’s plan would result in a flood of litigation.

“Current good-faith moderation efforts that remove things like misinformation, platform manipulation and cyberbullying would all result in lawsuits under this proposal,” Elizabeth Banker, the group’s deputy general counsel, said in a statement.

The proposal to require internet companies to explain their moderation decisions, while reasonable on its face, is “easily weaponized,” said Goldman, of Santa Clara University. It could effectively outlaw email spam filters or software that blocks automated bots, he said.


Criticism from all sides

Democrats as well as Republicans have called for more regulation of social media companies, although their complaints tend to be different. Republicans, including Mr. Trump, have accused the platforms of suppressing conservative voices.

“We are watching them very closely during this election cycle,” Mr. Trump told reporters at a White House event to present the proposed legislation on Wednesday.

Twitter has applied fact-checks to several statements by Mr. Trump, including false claims about mail-in vote fraud, a tweet that seemed to promote violence against protesters and misinformation about the coronavirus. Facebook has declined to fact-check posts by the president, but earlier this year it removed several statements from Mr. Trump’s team about coronavirus.


Meanwhile, many Democrats say online platforms don’t do enough to prevent the spread of hate speech and conspiracy theories. Last month, advertisers boycotted Facebook in a bid to make the company crack down on white supremacist and violent posts.

Also on Wednesday, Facebook was slapped with a lawsuit accusing the company of allowing violent posts and encouraging a self-styled militia in Kenosha, Wisconsin, to commit violence. The lawsuit, filed by two protesters, a journalist and the partner of a protester who was shot dead, seeks a court order that would force Facebook to remove posts calling for violence as well as posts by militia groups and hate groups.

The Associated Press contributed to this report. 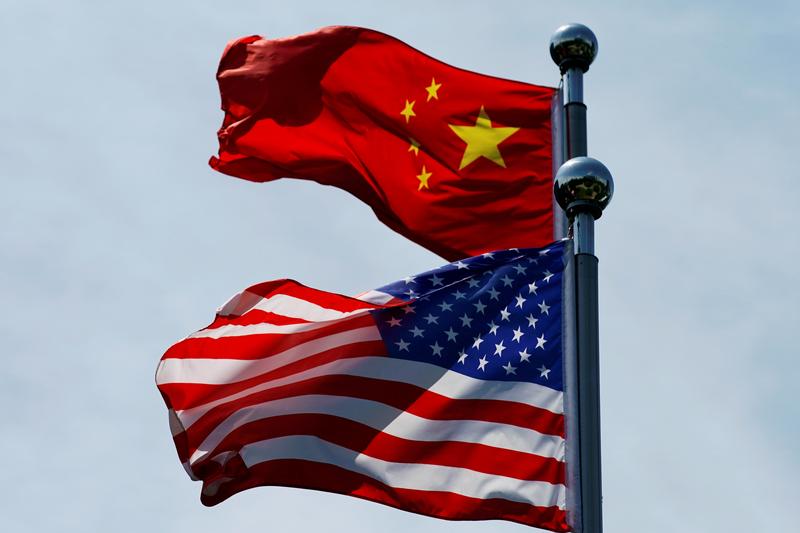