ITHACA, N.Y.—In an announcement Wednesday, local tech startup Rosie announced it has been purchased by its rival Instacart.

The financial terms of the deal were not disclosed. Founded in Ithaca in 2013, Rosie services smaller chains and independent grocers by building and managing their e-commerce websites and cell phone applications. This includes product features like interactive weekly ads, rewards programs integration, third-party fulfillment logistics integration, and payment processing.

Rosie enjoyed significant growth during the COVID-19 pandemic as people turned to online grocery shopping as a way to avoid potential infection. As reported in a 2020 report to the Voice, the firm had 53 staff locally. Its clients span 40 states, and the company successfully attracted $10 million in outside investors last year.

Instacart cited Rosie’s relationship with indie grocers as a reason to acquire the firm, expanding its reach within the growing grocery store e-commerce market. Instacart already services 75,000 stores across the continent, across 13,000 cities and 900 different brands and outlets.

As noted by tech news website TechCrunch, Instacart has been in a buying mode, with Rosie being its fourth business acquisition during the past twelve months. Business analysts describe this as an effort to fend off rivals and to put it in a stronger position for its planned IPO (Initial Public Offering of stock).

Now, business jargon and technobabble aside, the key thing most readers of this website would like to know is how this affects operations locally. After all, Instacart is based in San Francisco, with additional offices in Atlanta and New York. These kinds of acquisitions often result in the transfer of business and jobs elsewhere.

However, in response to an inquiry, Public Relations staff of Instacart said there would be no impact to Ithaca operations and that activities locally would continue in their current capacity. The staff of Rosie will continue to do what they do best, leading Instacart’s business strategy and technology development for local independent grocers.

Asked about potential long-term plans in the Ithaca area, Instacart personnel stated that they had nothing to share at this time, so what happens over the next few years is uncertain. If we may be so bold as to make a plug and cheer on the home team, Ithaca may have a reputation for being pricey locally, but it’s nothing compared to San Francisco, which is nearly 2.5x more expensive. Perhaps that’s why Instacart has embraced an encompassing remote work program.

Fri Sep 9 , 2022
The internet has criticized an inconsiderate airline passenger who put their leg in their seatmate’s legroom space, forcing her to squeeze her legs together in the small area left to her. The woman, under the username u/deilyk, shared a picture of her space being invaded on Reddit, with a caption […] 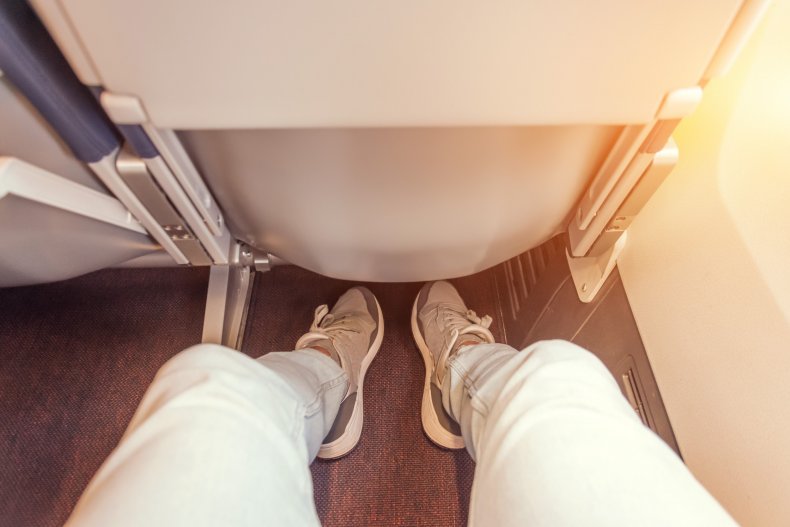