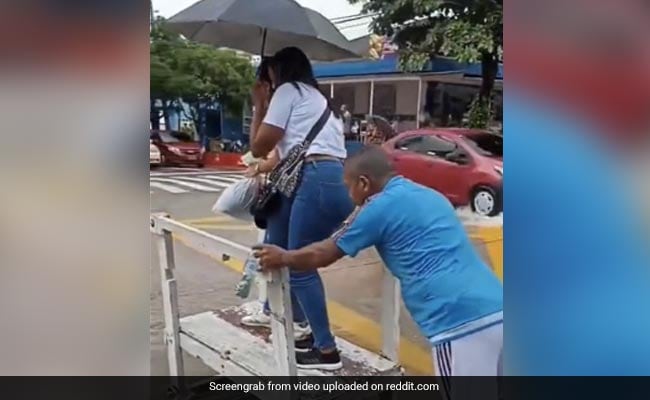 Picture shows a man carrying pedestrians on his wooden cart to the other side of the road.

Monsoon and waterlogged roads are a common sight across the world, which often lead to the woes of pedestrians. We saw an example of this when recently people in Bangalore travelled in trackers and bulldozers to navigate the flooded streets in the city. Now, a video has surfaced on the internet showing a man assisting pedestrians to cross the flooded street with a wooden cart. However, the man is not doing it for free and charging money from people to help them avoid the inconvenience caused by heavy rain.

Shared by a user named BAlfonzo on social media platform Reddit on Thursday, the video shows a man wearing a blue t-shirt and bare feet collecting money from two pedestrians to assist them in crossing the street during rain. The man puts the cash in a bottle and then moves the wooden cart boarded by two persons to the other side of the road.

In the video, people can be seen waiting for their turn to cross the road from the man’s wooden cart, while he stays barefoot. The man then boards two more individuals onto his wooden cart and assists them in crossing the street to the opposite side. In the footage, multiple automobiles can be seen crossing the roadway.

“To earn money during inconvenience,” reads the caption of the post.

Since being shared, the video is going crazy viral on the internet. It has received over 55,000 upvotes in just one day. More than 800 reddit users have left heartfelt remarks in the comment section of the post.

One user wrote, “First rule of business: Find a need and fill it.”

Another said, “Second rule of business: create a problem and sell the solution (not applicable in this situation).”

“Third rule of business: switch to a subscription model after tricking enough people to buy a full license,” commented a third user.

Tue Sep 20 , 2022
Vishal Gupta, Mahdi Soltanolkotabi, and Bistra Dilkina will take up joint appointments in Industrial and Systems Engineering at USC Viterbi. The Daniel J. Epstein Department of Industrial and Systems Engineering has made joint appointments for three leading USC faculty members, which will boost departmental capacity in critical areas such as […] 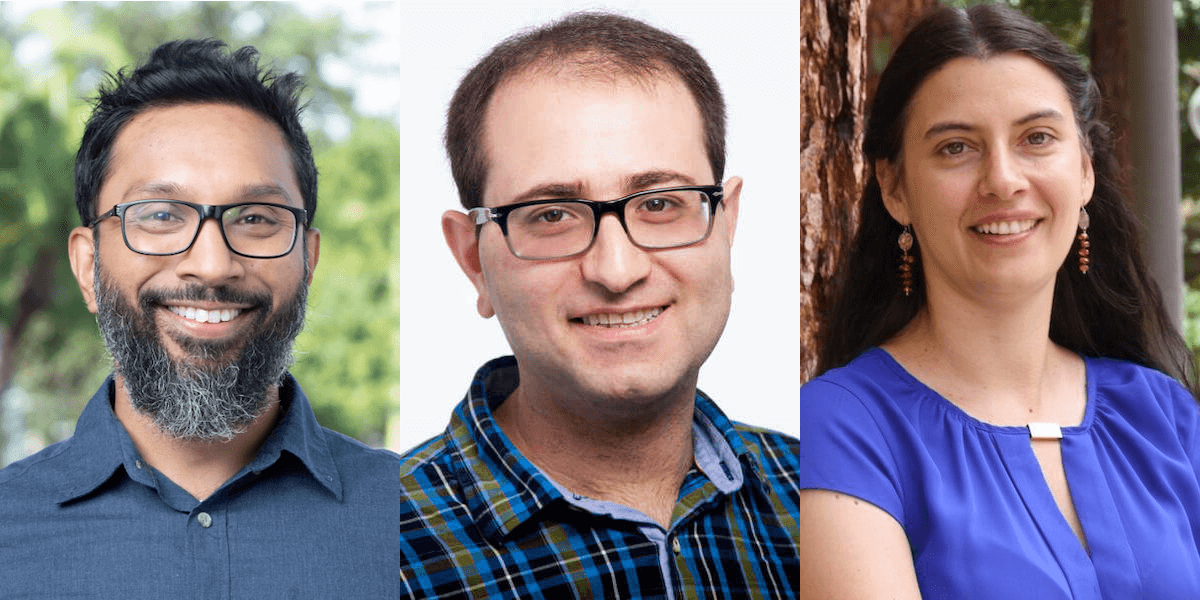