The federal government has a new website that lets Americans track the effects of climate change in real-time in their own communities.

The portal includes maps and data that highlight climate change hazards in the United States, including heat, wildfires, drought and flooding.

Graphs show historical data that goes back up to a year, depending on the category. On Aug. 30, for example, 65 million people in the U.S. – or about 20% of the population – were under heat alerts as a week of record-high temperaturesstarted over much of the West.

And on Sept. 5, nearly 96 million people were under flood alerts as heavy rain hit several areas, including parts of the Northeast.

Users can dig even deeper into specific census tracts, counties or tribal lands with the map explorer tool.

In addition to historical data, there are future projections as well. Users can input any location and choose from three time periods with two different projected levels of greenhouse gas emissions, which fuel climate change by trapping heat in the atmosphere. The results will show the likelihood of each of the hazards under each scenario.

E​ach type of hazard tracked is one that scientists say is made worse by climate change.

The portal, formally called Climate Mapping for Resilience and Adaptation, is a joint effort from the White House, the National Oceanic and Atmospheric Administration and the Department of the Interior.

The hope is that it will guide state and local governments in infrastructure planning and efforts to mitigate the effects of climate change.

“Building climate resilience starts with communities, leaders, and other decision-makers understanding their specific climate threats,” NOAA Administrator Rick Spinrad said in a news release. “CMRA provides the public with the same NOAA-powered data that the federal government relies on every day to make sound decisions about climate preparedness.”

The Weather Company’s primary journalistic mission is to report on breaking weather news, the environment and the importance of science to our lives. This story does not necessarily represent the position of our parent company, IBM.

Thu Sep 15 , 2022
The complete re-design of 170 Accounting Firm sites includes a new domain: www.padgettadvisors.com ATHENS, Ga., Sept. 8, 2022 /PRNewswire/ — Padgett, an accounting and tax planning and preparation franchise with hundreds of locations across North America announced the launch of their partnership with CPA Site Solutions via the re-design of […] 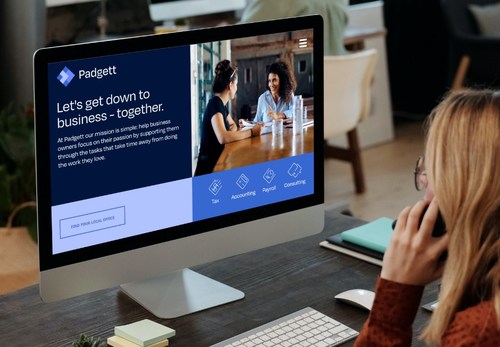