Dominate the meta with these Siege guides

In keeping with Ubisoft’s tradition of trolling desperate Splinter Cell fans, Rainbow Six Siege Operation Shadow Legacy’s new attacker is the man behind the night vision goggles: Sam Fisher. A major Clancy-verse crossover breaks new ground for Siege’s lore, which has until now completely focused on its 56 original characters. With an arsenal of intel behind him, Sam is the most fun I’ve had with a new operator in years.

Sam isn’t joining Rainbow from a CTU—he’s in something called the “Rainbow Operation Staff” as an instructor. It’s unclear if the ROS will be the designation of future crossover characters or a one-off for Sam. Cool premise, legendary character, exciting crossover… so why did Ubi codename him “Zero”?

That’s not a callsign Sam Fisher has ever gone by, as far as I can tell. I guess it’s made up for his Siege debut? It’s a pretty generic name for a legend, so I’m hoping Zero is also the number of people who prefer it over “Sam” or “Fisher”.

I like a lot of things about Siege’s modern take on Sam, but I didn’t expect my favorite to be that he’s so old. At a ripe 63, he’s less superspy and more grizzled grandpa with a trunk of old spy gadgets. Forget the clean shave and sneaking suit, Old Man Fisher keeps a grungy beard and winter jacket. His pipe climbing days may be behind him, but he’s happy to let his cameras do the stealthing while he pushes a site.

That’s right: cameras on attack. Sam’s primary gadget is the Argus, a handheld launcher that fires up to four drill cameras. On hard surfaces, they work the same as Valkyrie’s Black Eye cameras. When fired into a breachable surface (yes, including reinforced walls and hatches), the camera burrows into the surface to view the other side. If that wasn’t enough, each camera can also fire a single laser burst capable of destroying most defender gadgets. Mini-Maestros, if you like.

In Siege’s deep metagame of information warfare, Sam’s drill cameras are a major new tool for attackers. With four new viewpoints to work with, it’s easy to see how Sam can be used to easily watch flanks or root out entrenched defenders. Even better is his potential to covertly zap away defender gadgets. The laser also makes him the second attacker capable of opening a Mira window from behind and the only attacker that can ignite the red canisters on Goyo shields.

Check out the gif below on the new Chalet rework: I know the defenders are posted up above so I’m able to drill a camera through the ceiling and zap away Kaid’s Electroclaw.

That felt as cool as it looked. I love all of the past Siege gadgets that are clearly informing this design—Twitch’s sneaky zapping, Maestro’s stationary lasers, and Valkyrie’s sticky cameras. The Argus launcher is the perfect blend of intuitive, versatile, and fun that I love in a Siege gadget. All of that is also weighed against its many counters.

The Argus’ biggest weakness is basic hearing. The cameras are pretty loud while deploying, starting with the drilling and ending with the iconic Splinter Cell goggle sound. The lens also shines bright yellow when in-use (way brighter than your typical drone light). Any defender paying attention can put a single bullet into the camera before it spots anything useful. It’s also susceptible to electricity, Mute jammers, and Jäger/Wamai’s projectile snatchers—it wouldn’t be Siege without layers of counters. To truly sneak a camera into enemy territory, you’re better off targeting areas that defenders don’t watch as sharply, like a floor or ceiling.

Situational awareness is half of the battle in Siege. Between four Argus cameras and two drones, no single operator brings more awareness to a team than Sam. He’s an appealing pick on any bomb site or map, especially considering the rest of his kit is no slouch either.

Ubisoft has gone all-out to make Sam Fisher’s introduction feel special, going as far as to give him a brand new SC3000K assault rifle with the same curvy bullpup design as the SC rifles from early Splinter Cell games. It’s a really nice touch to include the classic gun, but it also kicks a lot of ass. The SC boasts a high fire rate, high damage, and easily managed recoil. Statistically, it enters the game already among the top tier of assault rifles with the distinct weakness of a smaller 25 round magazine (instead of the usual 30).

In practice, the SC feels a lot like Ash’s R4-C, with the low recoil/high DPS that makes you question how it’s allowed to exist. Unlike Ash, Sam isn’t limited to a holographic sight. The SC tops out at the new 2X Scope, like most assault rifles going into Shadow Legacy. It can’t see quite as far as the ACOG, but the precise sight picture is nice.

Luckily for Sam, Siege already had the perfect pistol for his backup: the 5.7 USG with a forced suppressor (Sam likely glued it to the barrel in case anyone tried to remove it). It looks cool, but his USG still gets the damage penalty of a suppressor. As thematically accurate as it is, he’s basically forced to have a weaker pistol than most.

Rounding out Sam’s loadout is the choice between frag grenades and a claymore. Those are two high impact gadgets for an attacker already packing a monster rifle and a bucket of cameras. On paper, he’s stacked with equal parts utility and firepower.

Maybe even too much? We’ll see, but I think his popularity will be fueled more by how fun he is to play, not how meta he is.

Coming away from Melusi last season, a cool character with one of the least interesting gadgets ever added to Siege, I’m relieved to see that Ubi can still nail the balance between risk and reward that make the best Siege gadgets fun. As a Splinter Cell fan, it’s also great that Ubi didn’t screw up Sam Fisher, or make him a novelty. In fact, Old Man Fisher is the new best Fisher and I won’t hear otherwise. Yes, it’s the beard.

Sam’s great and all, but be sure to read up on the other big features coming to Siege in Operation Shadow Legacy.

Your Home Workstation Needs These For Productivity & Comfort

Tue Aug 18 , 2020
Turf Vegan Leather Desk MatRs 2,499 Dailyobjects.com Desk mats add a sense of class and luxury to the otherwise stressful and often mundane task of working from home. It doesn’t really get much more sophisticated than the Turf Vegan Leather desk mat available on Daily Objects. All the better if […] 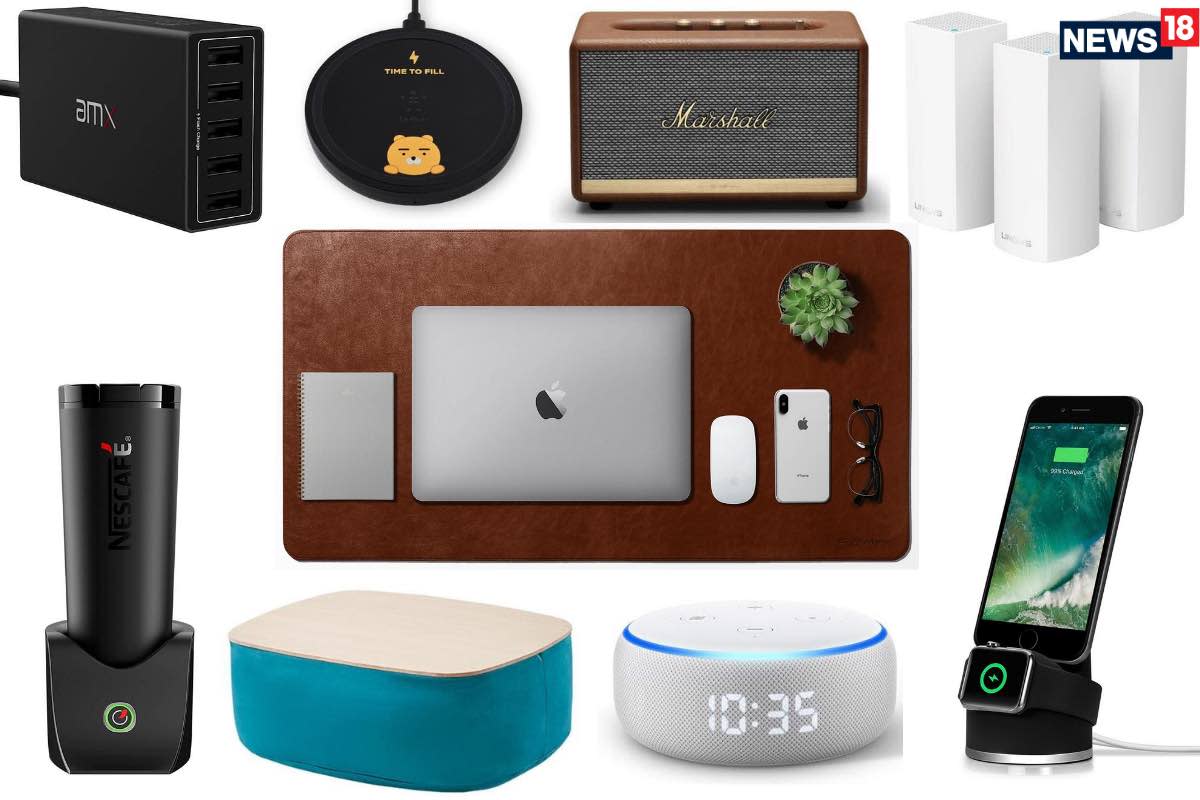