Two years after women-focused website Jezebel wrote a story on Talib Kweli’s troubling internet antics, the rapper is seeking reparations for damages he faced as a result of the article in the form of a $300K lawsuit.

As The Daily Beast reports, in July of 2020, the Black Star member responded hastily to a Twitter thread created by user Maya Moody, who pointed out several rappers – including Kweli – who were married to light-skin women. “Are we talking all of my relationships?” he defensively shot back.

“My children’s mother as well? I mean, is any of this really your business?” he continued before starting in on an hours-long attack aimed at Moody, which ultimately ended in the recording artist being banned from the social media platform.

Later that year, in August, Jezebel author Ashley Reese penned an article called “Talib Kweli’s Harassment Campaign Shows How Unprotected Black Women Are Online and Off.” The journalist spoke with Moody, who revealed that she and her family were hit with several doxxing attempts and death threats following the rapper’s Twitter-spree.

On Monday (August 8), Kweli filed a lawsuit with the New York Supreme Court against G/O Media and Reese claiming that the story about him left him in emotional distress and partial financial ruin as it failed to “fulfill its duty” to completely cover his perspective.

“The defendant negligently breached that duty by taking all the facts that the plaintiff stated and publishing them on the articles for 11 million plus to witness as they tried every [angle] to prove his facts were false, then attacked everything about his career, life, age, family,” the documents read.

“The defendants are a women’s magazine, and Talib Kweli was the target to impose… The publications didn’t consider the reaction that would affect Talib’s career with the attempt to harm his reputation.”

Reese was reached out to for comment, and referred the media to G/O, who said, “Jezebel’s article fairly reported on the controversy which led to the permanent suspension of Talib Kweli’s Twitter account. This suit, filed two years after the story was published, has no merit and the company will be seeking our attorneys fees pursuant to the protections afforded to the press to publish stories about matters of public interest like this one.”

From Kweli’s point of view, “The magazine took advantage of Talib and used him as a guinea pig to clarify how Black men treat Black women. Meanwhile, the plaintiff never harassed anyone; he was defending himself and his family.”

The rapper also cited his 1998 track with Mos Def from their Black Star years, “Brown Skin Lady” in his lawsuit, and claimed that the article lost him approximately $1M in revenue, plus 50% of his salary.
Ultimately, he requested $300K in damages and legal fees from the court. Tap back in with HNHH later for any updates on Talib Kweli’s Jezebel legal battle.

Wed Aug 10 , 2022
Both Democrats and Republicans were quick Wednesday night to post dueling parody websites criticizing the two finalists for a U.S. Senate seat representing Wisconsin. First, the state Republican Party posted that it had set up mandelabarnesforsenate.com, featuring a picture of Democratic nominee Mandela Barnes holding up a controversial “Abolish ICE” T-shirt. […] 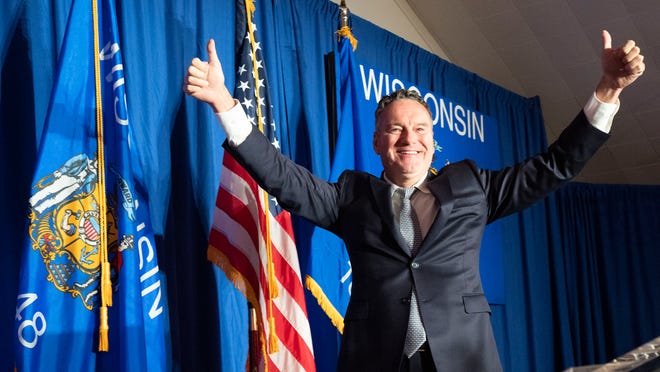