Here’s What You Need To Remember: In addition to its reflective surfaces, the Nighthawk sported other design features now standard in stealth aircraft, including the use of radar-absorbent iron-ball paint magnetically charged so as to reduce the reflection of electromagnetic waves. The F-117’s slit-shaped exhaust ports for its F404 turbofan engines minimize the infrared signature of the exhaust.

The F-117 Nighthawk, America’s original stealth plane with a deeply sinister appearance, is an example of a weapon system designed around the limitations imposed by a promising new technology. The Nighthawk was revolutionary when it entered service in 1983—not that many could appreciate that, as the plane was kept secret from the public for five years.

Ironically, the Pentagon had a Russian researcher named Pyotr Ufimtsev to thank for first elaborating in a 1964 paper the concept that visibility on radar was not based purely on the size of an object, but also the angle at which radar waves reflected off its edges. Ufimtsev devised a method for calculating the Radar-Cross Section of objects, determining how visible they are on radar.

Ufimtsev’s research attracted attention in the United States rather than Russia, and in the late 1970s Lockheed Martin began working on the Have Blue project to design a plane with the smallest radar cross section possible. The key was to employ flat surfaces that reflected radar waves away from the transmitter.

When Lockheed rolled out the first two prototypes in 1977, the angular aircraft looked like nothing that had been seen before—or since. Later stealth designs such as the B-2 Spirit and the F-35 feature curved surfaces. However, the F-117 was designed before there were advanced computers with the calculating power to produce such curved surfaces. Thus, the F-117 alone among stealth aircraft is distinguished by its faceted 2-dimensional design.

The constraints this imposed meant the design was aerodynamically unstable, and required sophisticated fight computers combined with quadruple-redundant fly-by-wire controls to compensate and keep the aircraft in a flyable state. The Have Blue prototypes earned the nickname “Wobbly Goblins,” and both crashed during the testing process.

The Air Force was nonetheless encouraged by their effectiveness and evading radar detection, and gave the go ahead to produce a production aircraft designated the F-117. The use of a model number over 100 was an anachronism, and for years the public assumed the top secret stealth fighter to be designated F-19. For this reason you can find 1980’s era F-19 model kits, toys, and even a computer game.

The first F-117A rolled of the production lines in 1981. In all 64 were built through 1990, including five YF-117 prototypes, at a program cost of $111 million per plane. The production aircraft’s handling was reportedly more forgiving than its predecessors.

In addition to its reflective surfaces, the Nighthawk sported other design features now standard in stealth aircraft, including the use of radar-absorbent iron-ball paint magnetically charged so as to reduce the reflection of electromagnetic waves. The F-117’s slit-shaped exhaust ports for its F404 turbofan engines minimize the infrared signature of the exhaust. Communication antennas could be retracted to reduce radar signature, while its weapons—all two of them—were stowed in an internal bomb bay. The Nighthawk carried no radar—because the radars of the time were easily detected. Obviously, the F-117 wasn’t invisible to the eye, so it was painted black and flown exclusively at night.

Despite the “F” designation for “fighter’, the F-117 was purely a ground attack plane, without any capability to engage other aircraft in combat. Its maximum speed of 623 miles per hour meant it was slightly slower than a B-52 bomber. Its range of 1070 miles meant that it relied upon aerial-refueling—not always an easy thing to arrange for a stealth aircraft at night.

The Night Hawk’s internal weapons bays constrained it to carrying just two bombs—though to make up for that, they were generally enormous, precision-guided 2,000 pound laser-guided bombs. It could also carry BLU-109 bunker buster and GPS-guided JDAM bombs. Lacking its own radar, the F-117 relied on a thermal imager for targeting, and used GPS and inertial navigation systems.

Given these parameters, the Nighthawk had a very specific mission—to fly unseen into the heart of enemy air defenses and take out critical targets.

Lockheed did later try to market more versatile variants of the F-117 capable of operating from carriers, with more powerful F414 engines and twice the weapons load, including the ability to fire long-range AIM-120 air-to-air missiles. However, the type was rejected both by the U.S. Navy and the Royal Air Force.

Nighthawks over Baghdad and Belgrade

The first major operator of the Blackhawk was the 4450th Tactical Fighter Squadron, based in Tonopah Air Base starting in 1983. To keep the Nighthawk secret, the unit officially flew A-7 Corsair attack planes out of Nellis Air Force Base.

Shortly after entering service, the F-117 was almost deployed to bomb the Palestinian Liberation Organization in Lebanon in retaliation for the 1983 Beirut Barracks bombing that killed 220 Marines. The raid was cancelled by Defense Secretary Weinberg just 45 minutes before takeoff.

The Pentagon finally released grainy photographs of the Nighthawk in 1988. A year later the plane was finally saw action over Panama, as part of Operation Just Cause, the U.S. overthrow of ruling strongman Maneul Noriega. The F-117s were tasked with dropping delayed fuse bombs 50 meters besides the Rio Hato barracks of Noriega’s elite troops in order to stun and confuse them while minimizing the actual death toll. The mission didn’t quite go as planned; the Guard were mobilized before the F-117s arrived, and the Nighthawk pilots got confused as to which targets they should hit. In the end, the attack probably contributed to the chaos and confusion of the Panamanian Defense Force, but not quite in the manner intended.

In the 1991 Gulf War the Nighthawk finally displayed its potential. The 415th and 416th Tactical Fighter Squadrons were deployed to Saudi Arabia, and from their launched (almost) the opening shots of the war when they struck targets in Baghdad on January 17, 1991. Preceded by Apache helicopters that took out Iraqi low-bandwidth radars that might have warned of their approach, the F-117s slipped into the Iraqi capital’s heavily defended airspace. Major Feest’s Nighthawk destroyed the air defense center for Baghdad. Immediately afterwards, anti-aircraft artillery lit up the sky, but the remaining F-117s proceeded to target radars, air defense headquarters and telephone centers with 49 laser guided bombs.

Throughout the war, F-117s flew 1,280 missions and struck 1,600 targets, including bridges, biological and chemical weapon sites, parked Iraqi bombers, communication hubs, command bunkers and ammunition dumps. Pilots reported that the relative safety from radar-guided missiles meant they felt safer taking more time to precisely aim at their targets to minimize collateral damage. For example, in one incident a pilot reported delaying weapons release to allow a civilian vehicle to cross a bridge.

F-117s delivered about 30% of the attacks on Baghdad, and played an important role in weakening air defenses so that conventional aircraft could operate overhead in greater safety. However, a report released after the conflict by the Government Accountability Office pointed out that the type only delivered weapons on 60% of its assigned targets. This was largely a result of poor weather conditions prevailing over Baghdad that made it difficult to accurately identify targets on the ground.

After the Gulf War, the F-117 force was reassigned to Holloman Air Force Base in New Mexico as part of the Forty-Ninth Fighter Wing. The stealth fighters went back into action during the 1999 Kosovo War, operating from bases in Aviano, Italy and Spangdahlem, Germany as part of the NATO-led effort to force the Republic of Yugoslavia (present-day Serbia) to end its crackdown on the ethnically Albanian minority in Kosovo. An F-117 dropped specialized BLU-114B graphite “soft bombs” that disabled 70% of the Yugoslavian power grid on the opening day of hostilities. (The power grid went back into operation within 24 hours and then collapsed again, leaving the ultimate effectiveness of the graphite bomb subject to debate). A controversial Nighthawk attack later destroyed a Serbian media center, killing 10 civilians.

The Yugoslavian Air Force fielded capable MiG-29 fighters against NATO aircraft during the Kosovo campaign. Though the MiG-29s couldn’t detect the Nighthawks, they could still be seen by them. In one incident, an F-117 on a strike mission was caught in the crossfire between escorting F-16s and nearby MiG-29s, with air-to-air missiles fired by the former shooting over its bow. The Nighthawk escaped unscathed thanks to the intervention of the F-16s, however.

Of course, the Nighthawk’s greatest claim to fame in the conflict was when one was downed by a local variant of the Russian S-125 NEVA (NATO codename SA-3) radar-guided missile. This feat was achieved due to the cunning of Yugoslav Colonel Zoltan Dani, commander of the missile battery. Using more advanced tactics than employed by Iraqi missile batteries, he activated his radars only for short bursts and routinely redeployed his missile launchers, both to avoid air-defense suppression attacks as well as to position them in the likely approach vector of NATO aircraft. NATO often employed EA-6 Prowler jamming aircraft to lower the effectiveness of his radars, but they were not available to escort every sortie.

Colonel Dani noted that the stealth fighters were more visible to low-bandwidth radars—but such radars were too imprecise to achieve a missile lock. He instead had the low-bandwidth radar cue the high-bandwidth targeting radar to the exact position of the F-117, which became briefly visible to the latter when it passed within short range of the missile site and opened its bomb-bays.

Wed Sep 9 , 2020
By Travis Fain, WRAL statehouse reporter Raleigh, N.C. — When state lawmakers gather again next week, they’ll consider a $1 million request to help children in hard-to-reach places access the internet via low-orbit satellites. The satellites are part of a broadband internet program from SpaceX, which is available now in […] 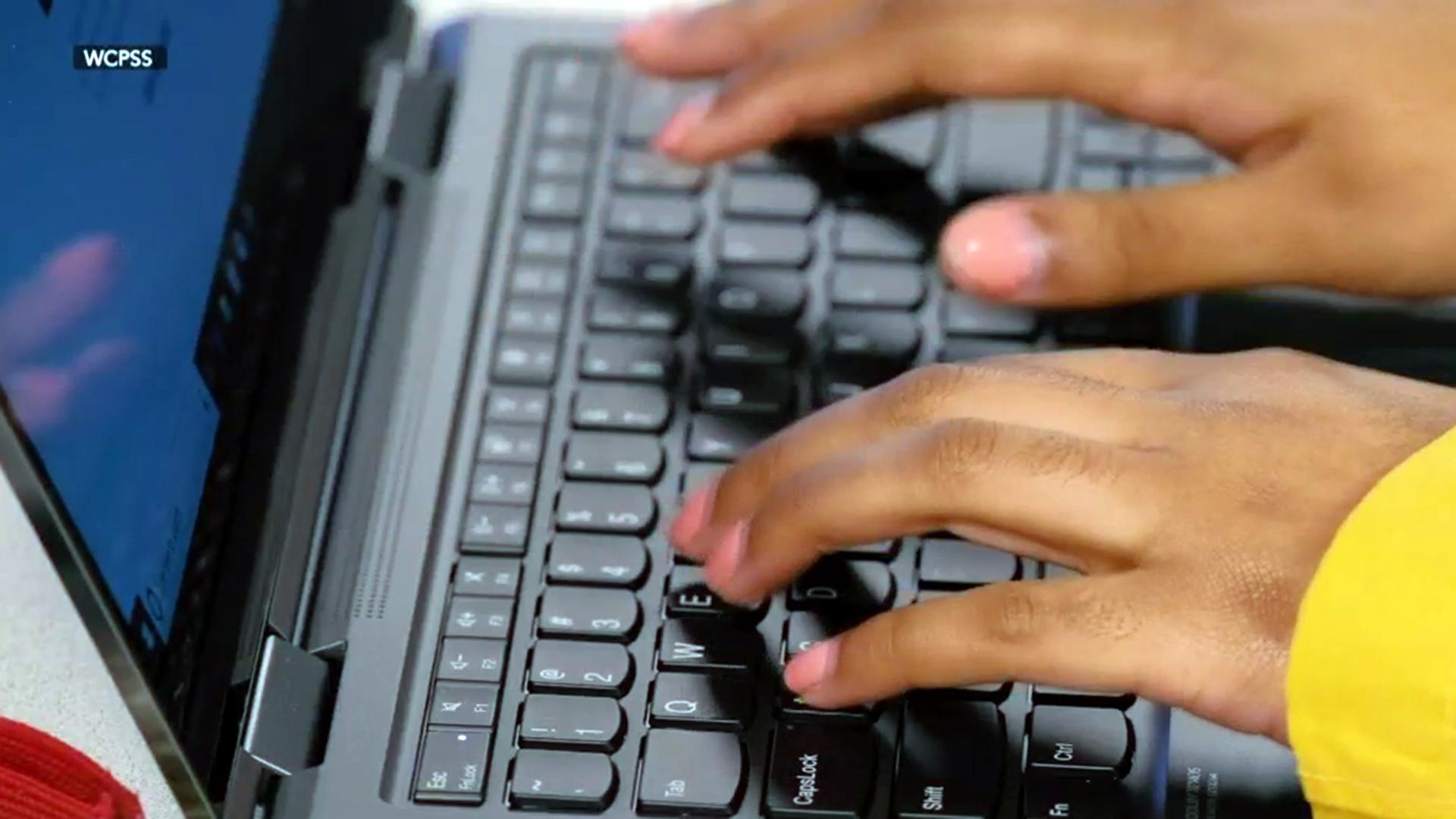