Every day, you click and tap on devices, most likely using the internet to answer questions you have, stay up to date with current events and stay connected with people in the world around you.

The internet and its modern form, however, has changed over the years and is relatively new. While young people today grew up with the internet, many people did not. So when was the internet created? And who invented it? We have the answers for you.

How old is Google?:History of the world’s most popular search engine

When was the internet invented?

The birth date of the internet is widely considered to be Jan. 1, 1983, but the road to creating it started long before the technology required for the internet even existed.

The creation of the internet involved the work of many scientists and engineers, with many of the people who worked to create it having a vision of the internet long before the technology to create it was invented, according to History.com. As far back as the early 1900s inventor Nikola Tesla had thought of a “world wireless system.” (Yes, the electric car company Tesla is named for him).

According to History.com, “the first practical schematics for the internet would not arrive until the early 1960s,” when Joseph Carl Robnett Licklider came up with a vision of using computer networks to communicate. Prior to this, computers had largely been used as mathematical devices to speed up computations.

Shortly after, computer scientists created a method to transmit electronic data known as “packet switching.” This would become an important building block for the internet, according to History.com.

In the late 1960s, with the creation of the Advanced Research Projects Agency Network, which was funded by the U.S. Department of Defense, the “first workable prototype of the Internet” was born. With ARPANET multiple computers were able to communicate with one another on a single network.

ARPANET delivered its first message on October 29, 1969, from one computer located at the University of California Los Angeles to another at Stanford. Each computer was the size of a small house, and the simple message “LOGIN” crashed the network. Stanford only received the first two letters, according to History.com.

Technology advanced into the 1970s with the work of two scientists, Robert Kahn and Vinton Cerf who developed a “communications model,” standardizing how data was transmitted in multiple networks. ARPANET adopted this on Jan. 1, 1983, and the “modern” internet was born.

Who’s the owner of Google?:The same company that owns Waze and YouTube

Who invented the internet?

The invention of the internet cannot be credited to one person. Instead, it was the work of many engineers, programmers and scientists, according to History.com. While the modern internet was developed from ARPANET’s adoption communications model developed by Kahn and Vinton, this is different from the World Wide Web.

What is the World Wide Web?

In 1990, Tim Berners-Lee invented the World Wide Web, or WWW, which is what most people recognize as the internet today and allows users to connect to other pages on the internet through hypertexts, according to Britannica

When was Google created?

The search engine Google was founded in 1998 by Larry Page and Sergey Brin, but the idea for it was born by the two creators in 1995 in a Stanford university dorm room.

After originally calling it Backrub, the pair set out to create a search engine capable of using “links to determine the importance of individual pages on the World Wide Web,” according to Google.

Page and Brin later changed the name to Google, a “play on the mathematical expression for the number 1 followed by 100 zeros” to reflect their mission or making information universally accessible.

Google caught the attention of investors in Silicon Valley, leading to the creation of Google Inc. in August of 1998. Page and Brin then moved their offices to a garage, where the company is famously known to have started.

Why 'erasure' could be key to practical quant 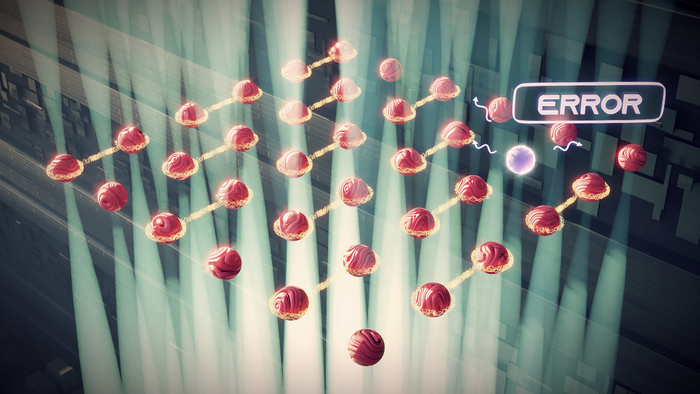